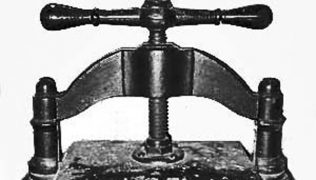 Gloucester Rugby Heritage has published the following books, normally available from the Club shops, but during the Coronavirus pandemic, do please check first to confirm that the shops are open.

Gloucester Rugby Heritage – a 40-page digest of the history of the Club, now out of print, although copies can be supplied on application via  info@gloucesterrugbyheritage.org.uk.

Gloucester Rugby Heritage – a richly illustrated 40-page digest of the history of the Club, originally retailed at £8-95, but now readily available from Gloucester Rugby shops at £4-95.

They Played for Gloucester and Fought for Their Country – written by Martin and Teresa Davies, this book tells the story of the Gloucester Rugby players who interrupted their playing careers, sometimes forever, to answer the call to arms to defend their country in the Boer War, the Great War and World War Two. Unfortunately it is no longer in print.

Kingsholm: Castle Grim, the Home of Gloucester Rugby – written by Malc King, this book tells the history of Kingsholm over the first 125 years of rugby at the ground – its origins as Castle Grim, how it came to be purchased for rugby, and its development into a modern stadium, including many interesting stories of characters and events which have shaped the evolution of the ground. It normally retails at £19-95, but is available from Gloucester Rugby shops at £15-95.

Representative Rugby at Kingsholm: International, County and Invitation Teams –written by Malc King with Dick Williams, this book recounts every representative match played at Kingsholm since the ground was opened in 1891, when an England trial and a Gloucestershire match quickly followed the first Club game. This includes the 21 different national teams which have graced the ground with their many and varied skills, spurred on by the passionate rugby supporters of Gloucester. It normally retails at £19-95, but is available from Gloucester Rugby shops at £14-95.

Gloucester Up for the Cup Written by Malc King with Jim Smith and Dick Williams, this volume pulls together reports, scores and statistics for all of the Cup matches played by Gloucester Rugby from the early 1900s up to 2019, accompanied by our usual wide use of images from the matches. It covers both the early amateur and the professional eras, including the Sevens and Tens competitions played over the years, and retails at £19.95.

Work is in hand on two further publications:

Gloucester Rugby Players, with profiles of the leading players and a list of every player who has represented the Club.

The Playing Record of Gloucester Rugby, which will include a digest of every season since 1873 and include a list of every match played by the Club.