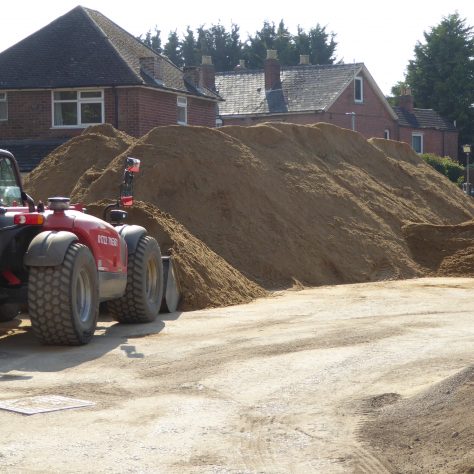 Yet more sand has arrived. 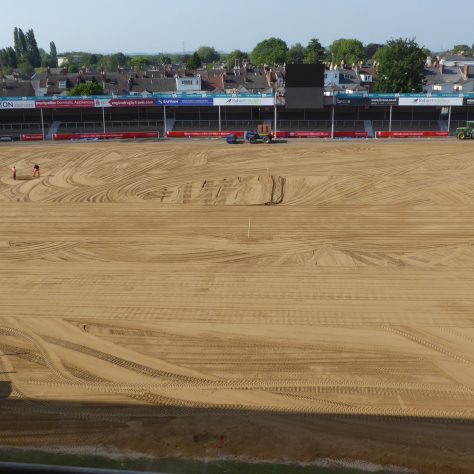 It's clear that the whole of the pitch area has now been covered. 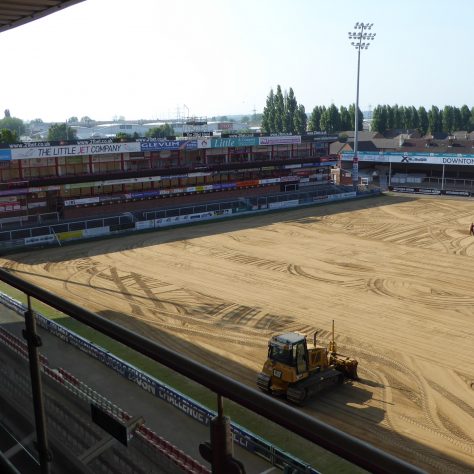 View from one of the Hospitality boxes in the main grand stand. 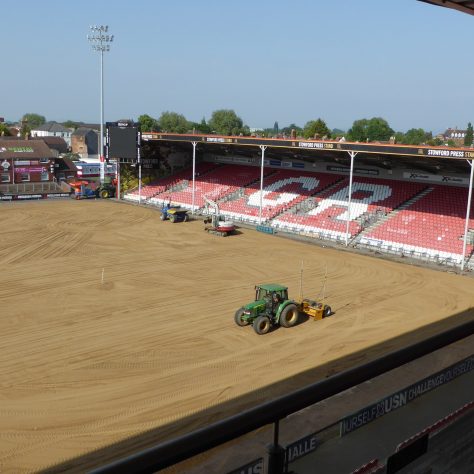 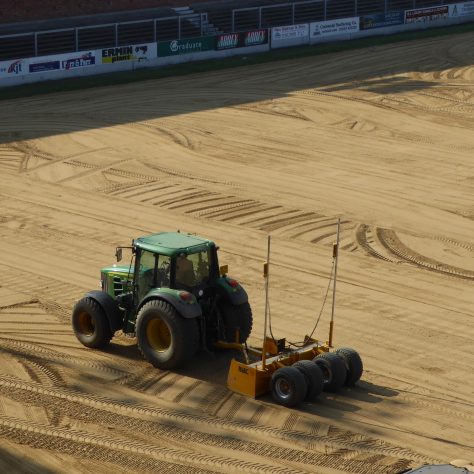 The levelling device has two laser sensors near the top of the two vertical poles. 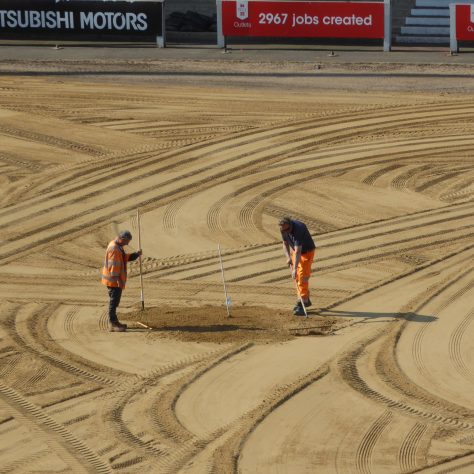 Levelling the area around the position where the sprinkler heads will be re-fitted. 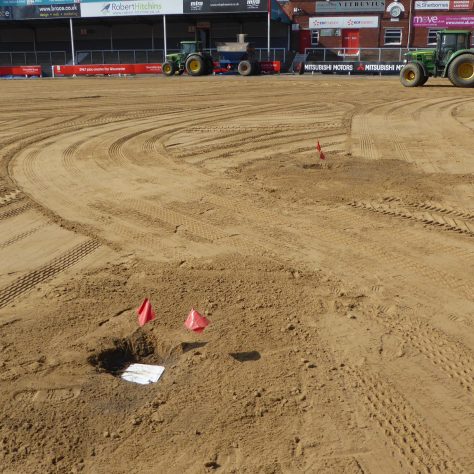 The base plates for the goalposts are now well below the surface of the first layer of sand. 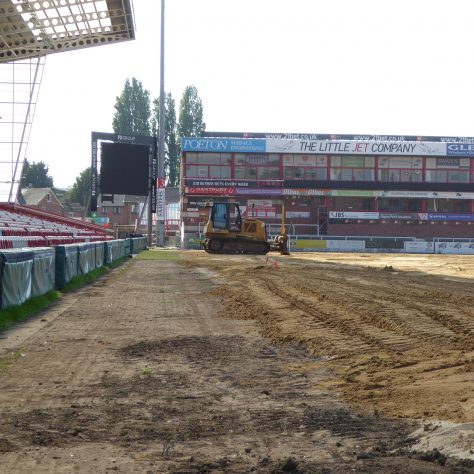 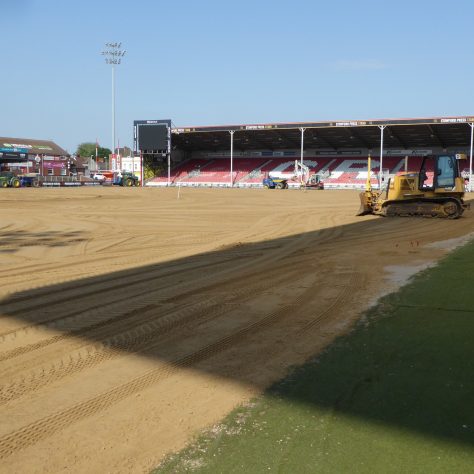 The area outside the pitch area will be feathered into the pitch later on.

The pitch area is now totally covered with the first layer of sand with yet more to be added later.   Smoothing it out continues.    The sand around the water sprinklers is raked by hand to avoid the tractor hitting the white marker posts.   The goal post mounts are uncovered – now already several inches below the surface of the sand.

It’s now possible to see that the surface of the new pitch will be several inches above the level of the previous pitch giving spectators in the front rows of the stands and the lower level of the shed a slightly different view to what they’ve had previously.