You are here: HomenextPlacesnextThe New Pitch - May / June / July / August 2018nextDay 2 - Wednesday 9 May - Turf goes and GPS is prepared. 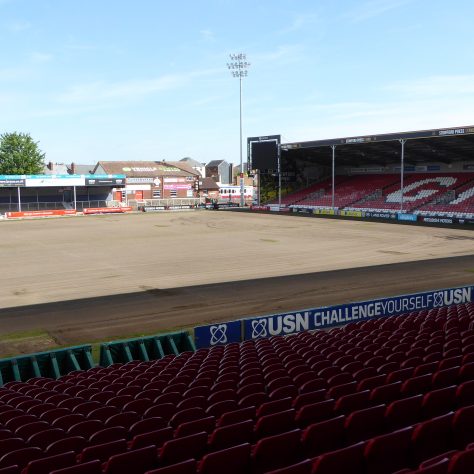 A sunny start to the day. 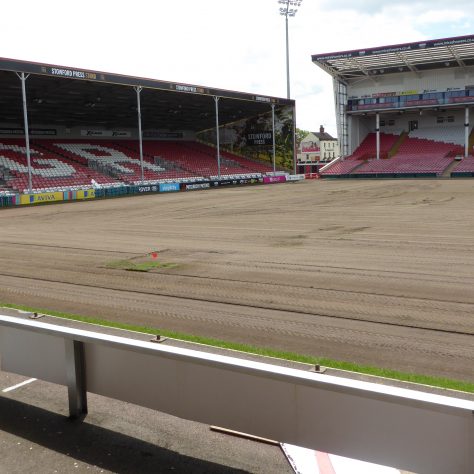 View towards the East Stand. 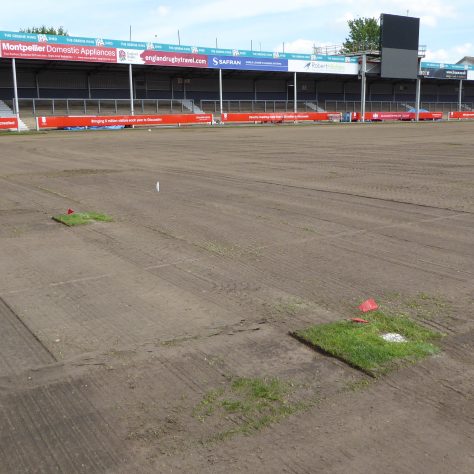 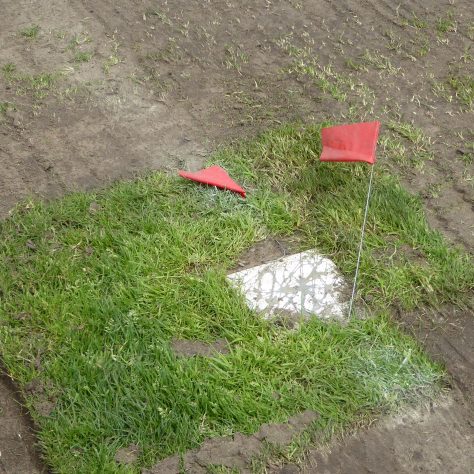 Goal post plate onto which the posts are bolted. 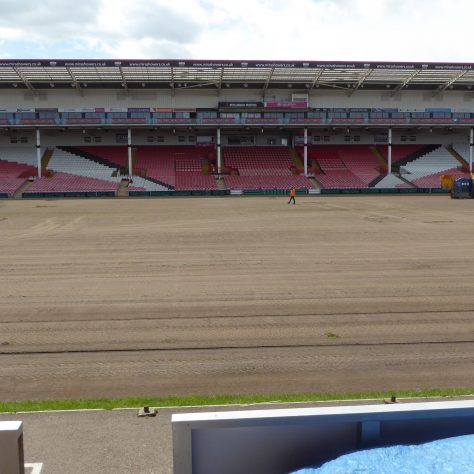 View from the centre of the Shed. 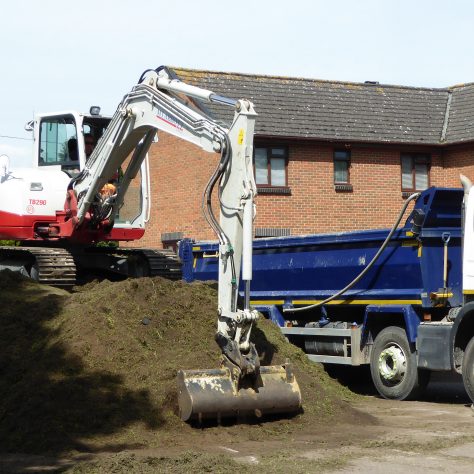 An estimated 200 tons of soil and grass clipping being removed to Hartpury. 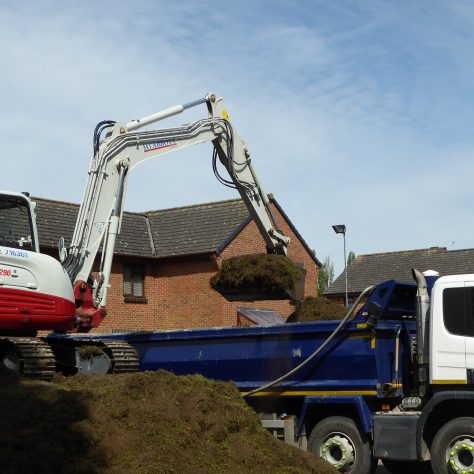 Four lorry loads have already been removed and it hardly seems to have made a dent in the pile. 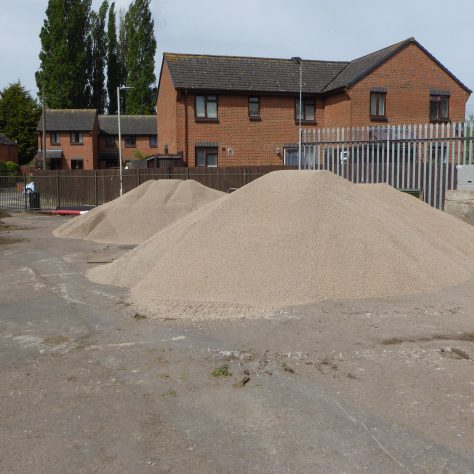 Three lorry loads of gravel to be used in the new drainage system have arrived. 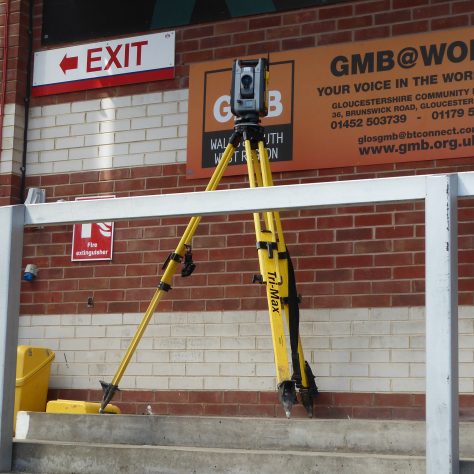 GPS base station - a sophisticated theodolite. 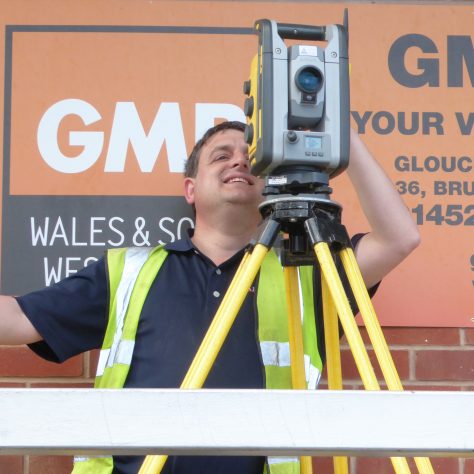 The surveyor sets up the GPS system which will be used to check and set the levels of the ground. 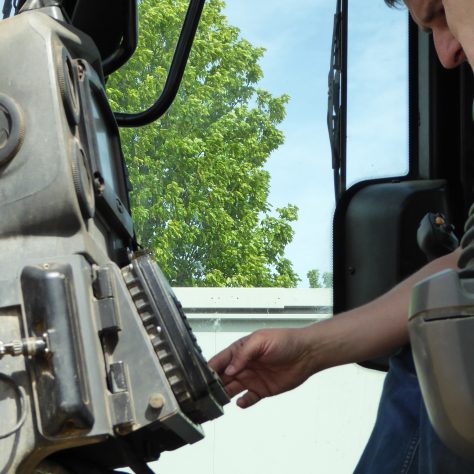 Transferring the GPS data into the control cab of the bulldozer. 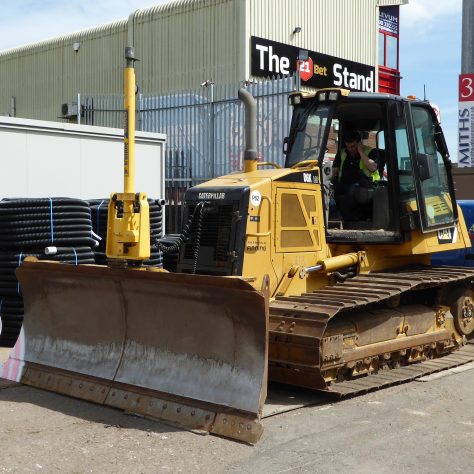 The GPS controlled bulldozer which will smooth out the surface.

At the end of the turf clearing an estimated 200 tons of soil and grass clippings had been piled up by the gates in the car park.    This is shown being removed to Hartpury.
At the start of day 2 the surface is almost totally clear of grass.    During the morning the sprinkler heads were removed and marker flags were installed showing the location of the goal posts.
A GPS system had been pre-programmed with a very detailed map of the pitch as it was and also the design of the new pitch.    This is shown being set up prior to the levelling exercise.