You are here: HomenextPlacesnextThe New Pitch - May / June / July / August 2018nextDay 78 - Tuesday 24 July - Erecting the posts and marking out the pitch 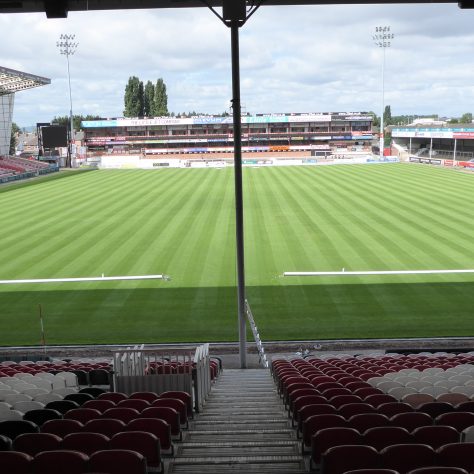 View from the east stand showing posts ready to be erected and the 1m wide mowing strips. 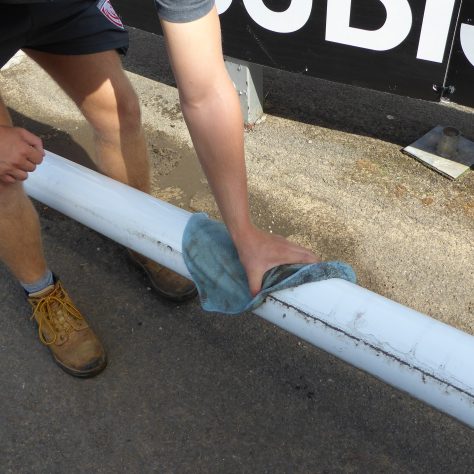 Cleaning one of the posts 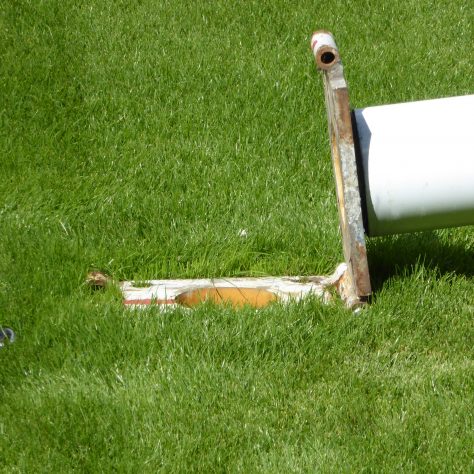 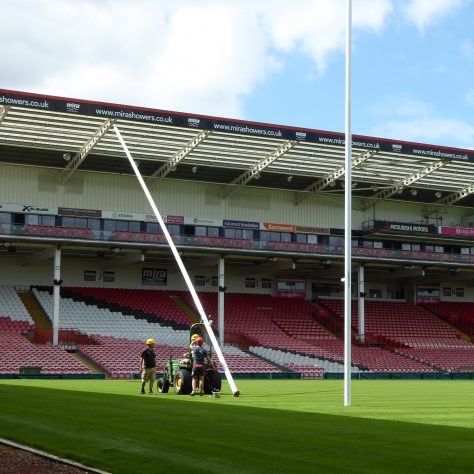 Erecting the second post at the east end of the ground. 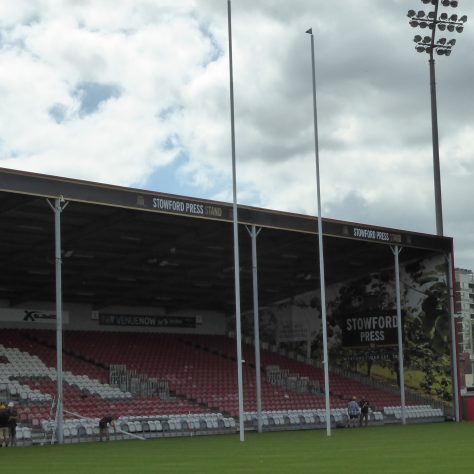 Cross bar still to be positioned. 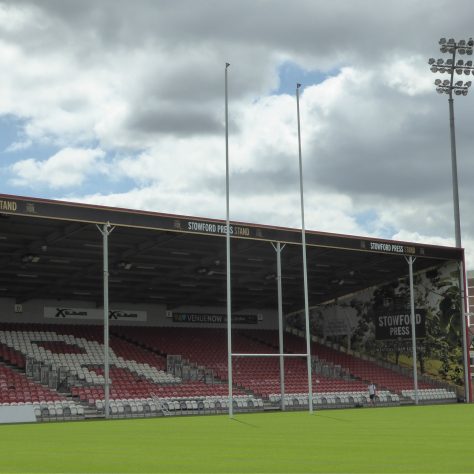 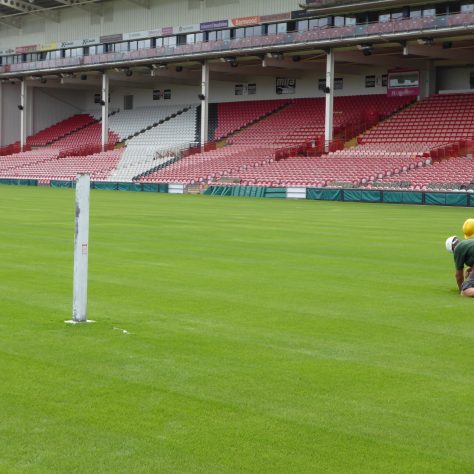 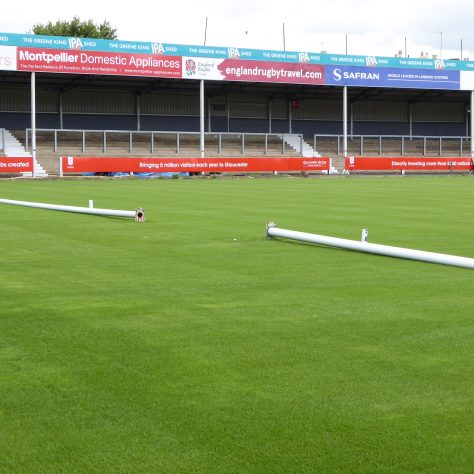 Posts at west end of the ground ready to be erected. 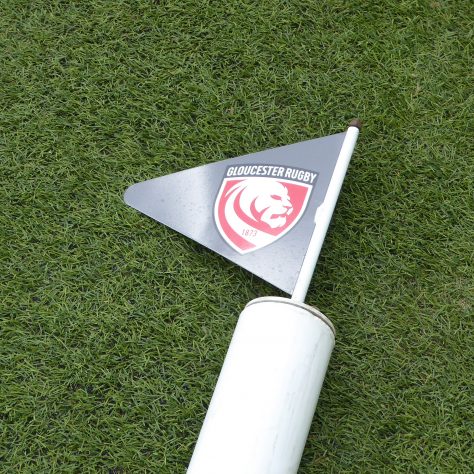 New club logo features on the flags at the top of the posts. 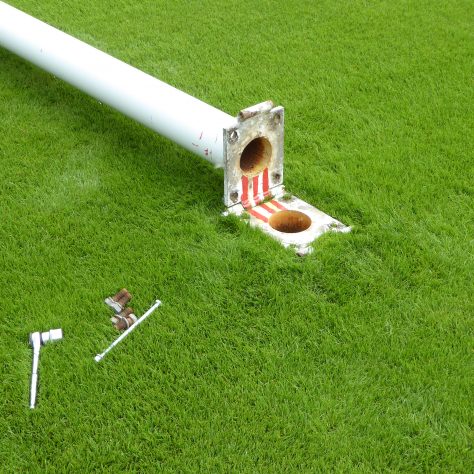 Hinge arrangement showing the marker lines to identify each stub post with each plate. 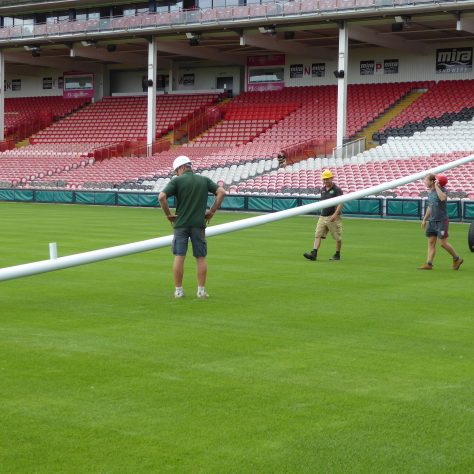 Start of erecting one of the posts at the west end of the ground. 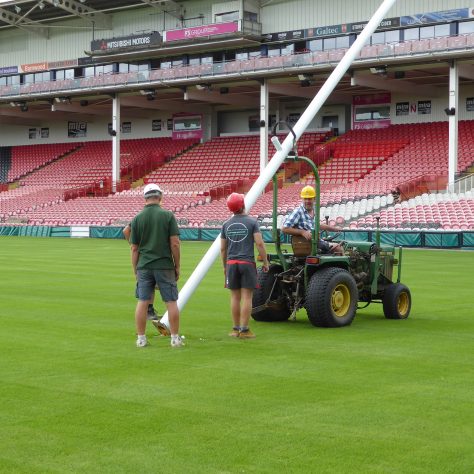 A critical part of the alignment process. 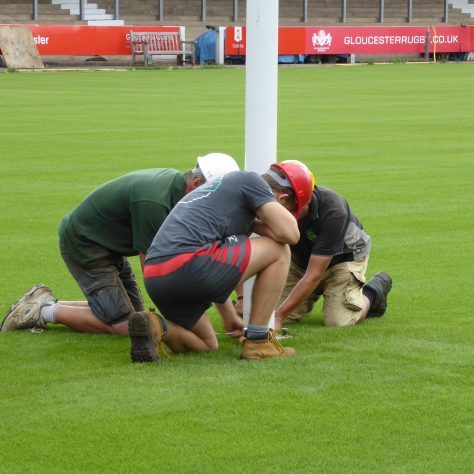 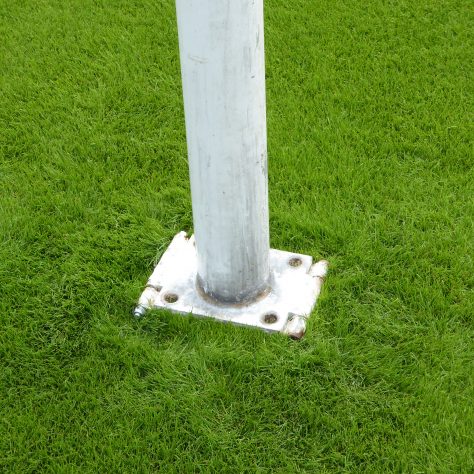 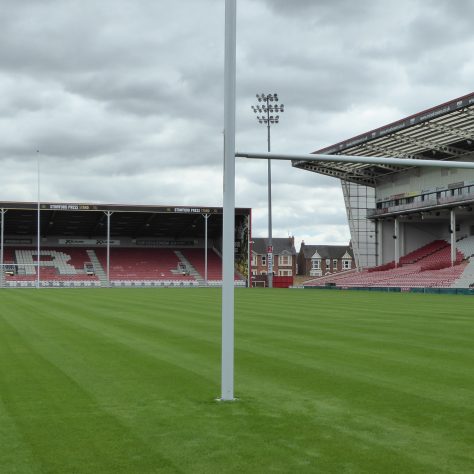 Both sets of posts now in position. 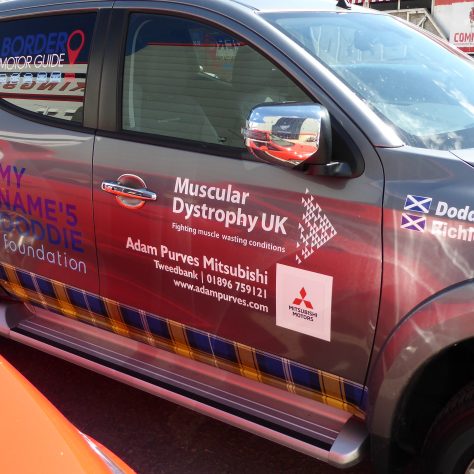 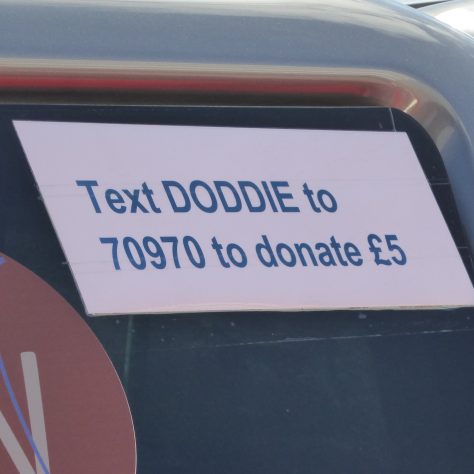 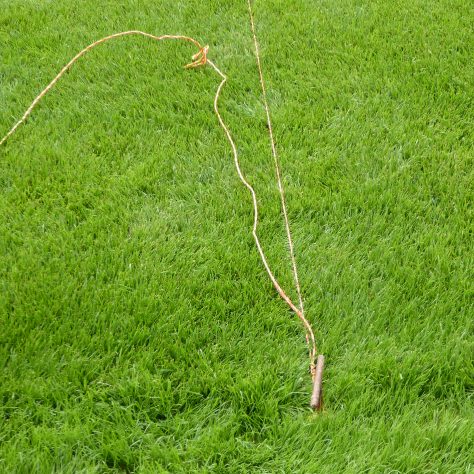 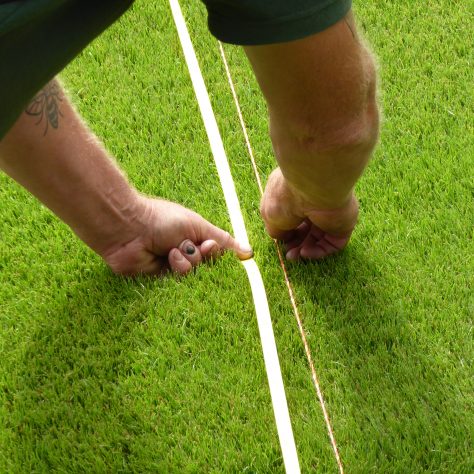 Measuring off the 5m mark. 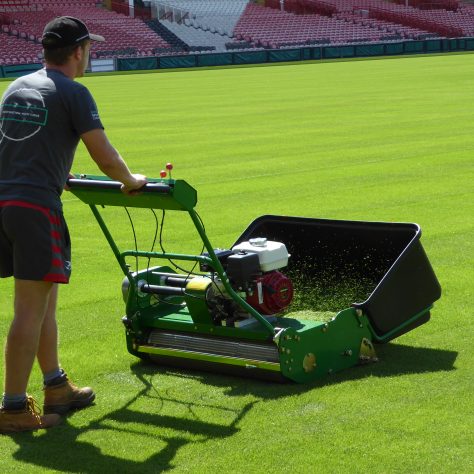 First use of the new cylinder mowers. 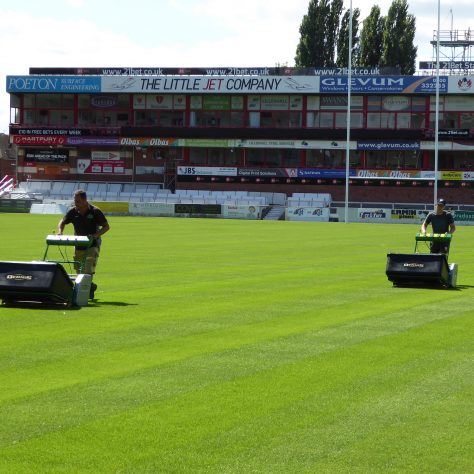 After 11 weeks of preparing the base, laying the mat, sowing the seeds, watering and feeding the new pitch the time has come to erect the posts and lay out the mowing markers.

In the view from the east stand the mowing marks are the width of the rotary mowers used to date.   The two goal posts lie on the ground ready to be erected.   However, having been stored away over the summer each post is first given a good clean.

The base of the posts, buried in the ground, have been raised to surface level because of the extra depth of sub-soil added during the preparation stages.    Each plate has a hinge arrangement onto which the stub posts are bolted.   Image number 10 shows the plates are marked with red stripes to ensure that each post is returned to its original position.   Picture 7 shows one of the stub posts temporarily placed upright.   The full length posts slide into the stub posts.    With the hinges securely in place each post is raised to the vertical position using a special jig fixed to a tractor.   Once each post is vertical the final bolts are put in place.   Then the cross-bar is bolted to the verticals so there is no chance of anyone knocking it off !!    Having completed one end the same procedure is carried out at the other end of the pitch.

At this point I spotted the vehicle Doddie Weir and co-driver Richie Gray are driving from Lands End to John O’ Groats in the club car park.    The drive is in aid of Muscular Dystrophy UK.  If you would like to sponsor them details are shown in the sign in the vehicle’s back window – see image number 17.   I’m sure we all wish them well on their journey and hope they raise lots of cash.

Marking out the pitch

Having got the fixed points of the two sets of posts in place the team set about marking out the pitch.   This was done, not to add the line markings but, to mark out the lines for all future mowing.    A tape was used to mark out the 70m width of the pitch.   Then markers were place on the ground every five metres.    Immediately afterwards the new cylinder mowers cut the grass following each of the line markers to achieve that wide striped effect.     This was the first time that the team had used this type of mower.  So, it took a while for them to become familiar with their idiosyncrasies.