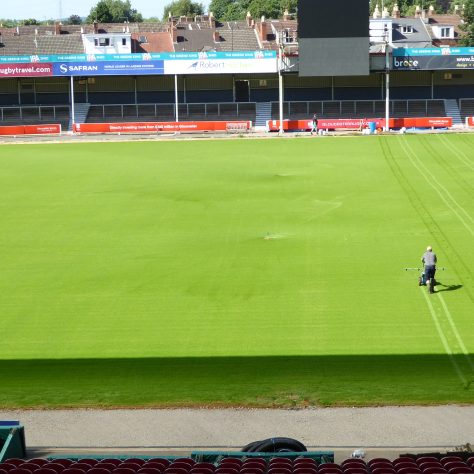 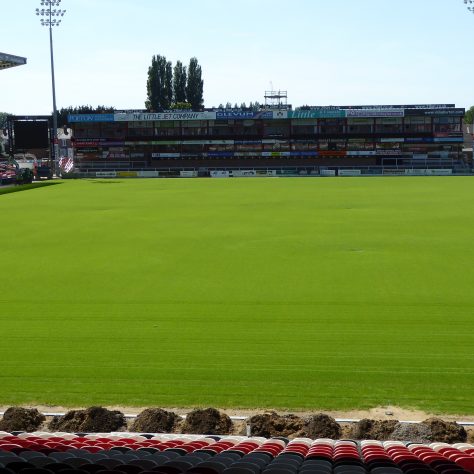 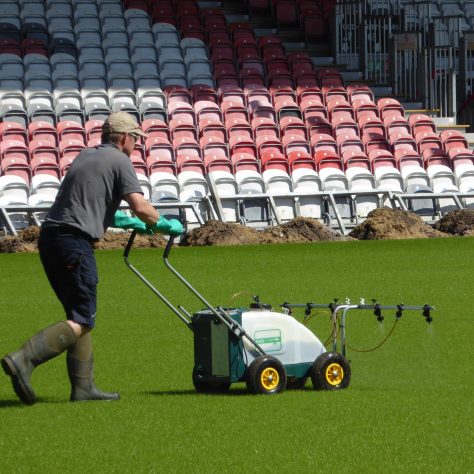 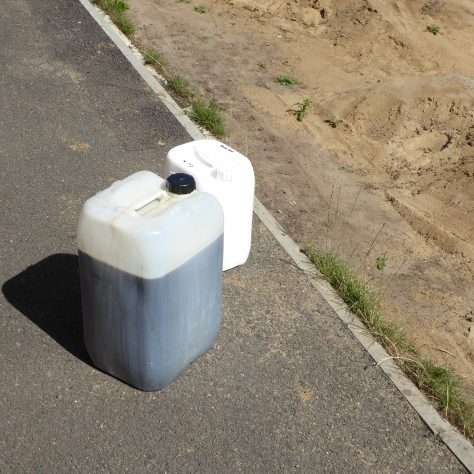 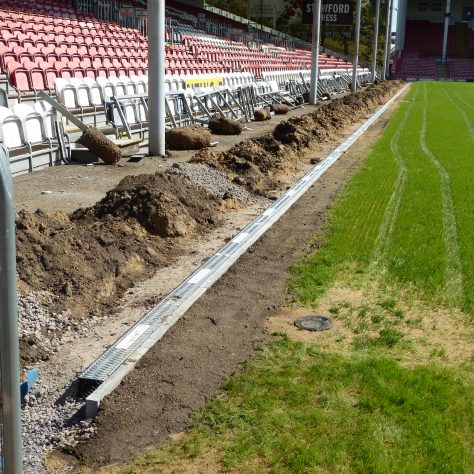 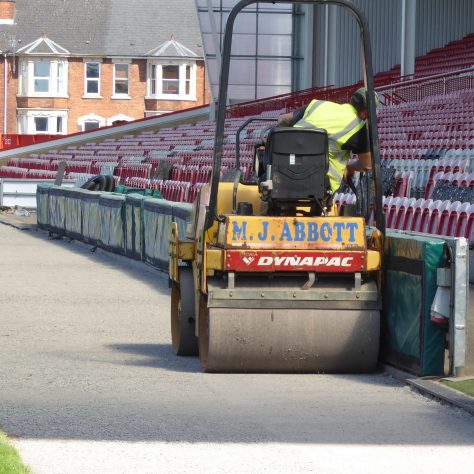 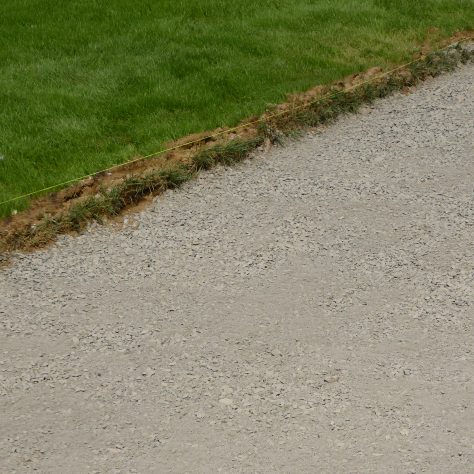 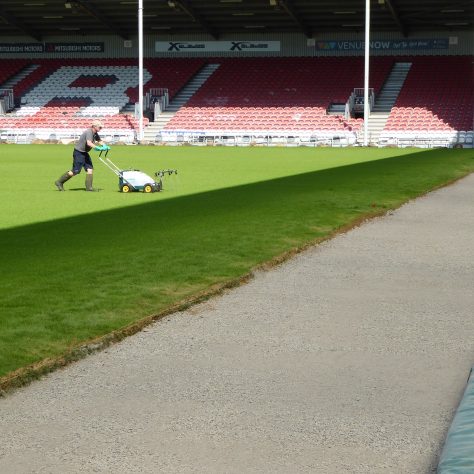 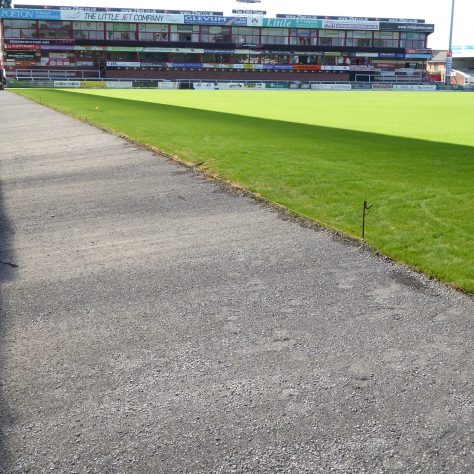 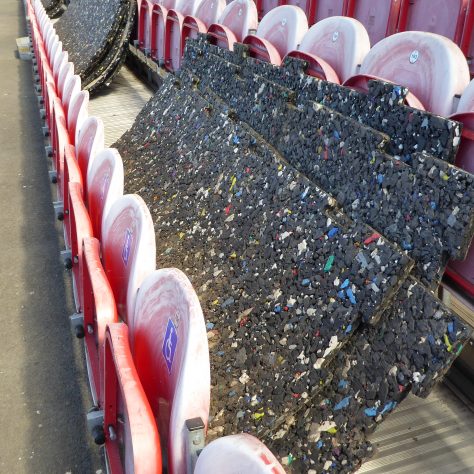 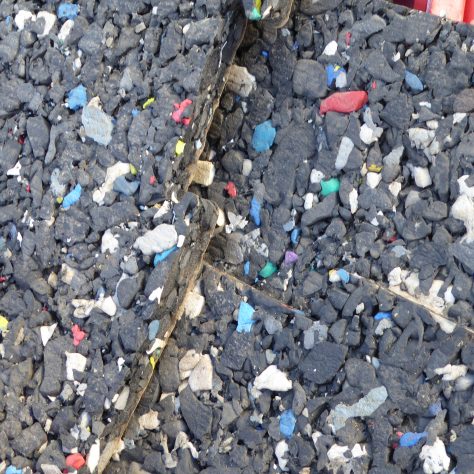 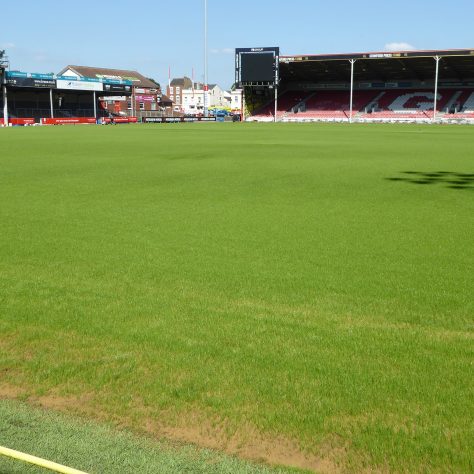 It’s now 2 weeks since the seed was sown on the new pitch.    At last the green colour is due to a mix of grass and mat fibres,    The pitch received its first liquid feed on Sunday 17 June and today it receives its second dose.   The feed is a special purpose organic liquid feed which can be seen being applied via the battery driven sprayer.

With the grass now 60mm above the surface of the mat (the fibres are 40mm) it’s planned to give it the first cut tomorrow.   From now on cutting will mean using pedestrian mowers as opposed to tractor driven multi-gang mowers that have been used in the past.   Clearly in future mowing will be a much more time consuming operation than in the past.   However, County Turf the suppliers of the pitch say this approach is essential.

Further work has taken place around the edge of the pitch.   The surface immediately in front of the Stowford Press stand is due to be retarmacked.   So, a drain has been installed at the eastern end of the pitch to drain surface water from in front of the stand.

To provide a safe area for the players a new surface along the edge of the pitch in front of the main South stand is being installed.   Several mm of hard core has been rolled to a smooth surface.   A layer of soft spongy material will be laid on top of this which itself will be covered with Astroturf.