You are here: HomenextPeoplenextHonoursnextMilitary HonoursnextPARKER, Grahame Wilshaw, (1912 – 1995), Officer of the Most Excellent Order of the British Empire (Military Division) (OBE)

PARKER, Grahame Wilshaw, (1912 – 1995), Officer of the Most Excellent Order of the British Empire (Military Division) (OBE) 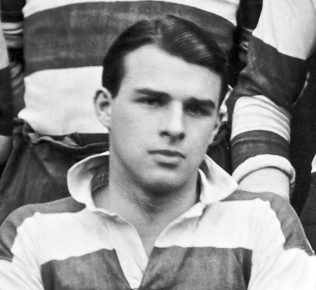 Grahame Wilshaw Parker was born in Gloucester on the 11 February 1912. He became a Schoolmaster but enlisted in the British Army with the Royal Army Service Corps (RASC) in the autumn of 1938. He remained in the British Army after the war before he subsequently took up a teaching post at Blundell’s School in Tiverton and took command of the Combined Cadet Force [CCF] of Blundell’s School Contingent and in 1950 became an Honorary Lieutenant Colonel. He remained at the school for twenty-two years.

Grahame joined the British Army in 1938 and served with the Royal Army service Corps (RASC) during the Second World War in North Africa, in Italy at Monte Cassino, Anzio, Salerno and San Marino, and in Palestine. The RASC was responsible for maintaining essential supplies which included not only food, water and fuel but also military equipment and despite being a non-combatant unit were frequently targeted by enemy fire to prevent those supplies getting through the fighting troops. For his services during the war Grahame was appointed as a Member of the Most Excellent Order of the British Empire (Military Division) [MBE] “…for acts of courage…” as a Major (79163) with 521 Company, RASC during the Italian Campaign. The award was subsequently upgraded in the Birthday Honours of 1961 to an Officer of the Most Excellent Order of the British Empire (Military Division) [OBE] for his services with the Combined Cadet Force (CCF).

Grahame covered all positions in the three-quarters and played 63 games for the Gloucester First XV between 1931 and 1937, scoring 11 tries which with his kicking ability resulted in a total of 157 points. He was awarded 18 Gloucestershire County caps, won four Blues at Cambridge University (1932-35) and won 2 England International caps (1938). As an all-round sportsman he also played in 89 first class cricket matches for Cambridge University and the Gloucestershire County Cricket Club between 1932 and 1951, scoring 2,956 runs. He also played in 43 games for the Gloucester City football club between 1928 and 1933.