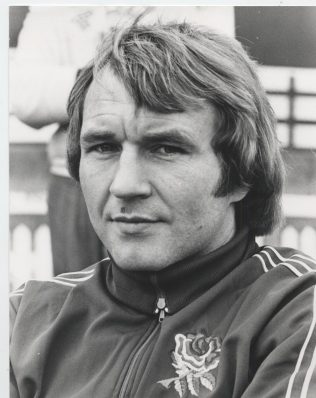 An outstanding wing forward who at a mere 14 stone also packed down for his Country at tight head. This memorable moment occurred when Stack Stevens had to leave the field with an injury during a tour of South Africa.

John went on to make 386 1st XV appearances for Gloucester, scoring 104 tries, and appeared in the XV that won the RFU National Cup Competition in 1972 beating Moseley at Twickenham.

A seven times England international, Barbarian and member of the Gloucestershire County team that won the championship in 1974, 1975 and 1976.